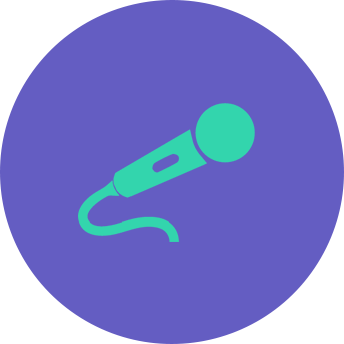 What makes our BEAT Rockers music education program innovative is the added benefit of improved speech for students with disabilities. We noticed the correlation between speech therapy and beatboxing after a decade of teaching beatboxing at the Lavelle School for the Blind. Over the years, parents, staff, and our instructors noticed improvements in vocalization, articulation, expressiveness, and many other speech-related delays. More students were collaborating with other students to create new music and perform. As a result, their confidence has grown and they take more initiative in classroom participation.

We are excited to see pioneering research (shown below) that reveals the benefits of beatboxing on the brain and speech. We want to make beatboxing accessible and available to all children. Our goal is to prove through clinical research what we’ve observed through testimonials from our students, their parents and families, and SLPs: that beatboxing is a fun music program that also can aid in improving speech.

As Heather Rusiewicz, Associate Professor in the Department of Speech-Language Pathology at Duquesne University, observes: “[T]he fundamental techniques of beatboxing, such as sound production, rhythm, and self-expression, can be capitalized upon for speech sound intervention.”

By definition, beatboxing is the art of making music by manipulating your lips and mouth. These are precisely the same qualities inherent to all languages, thus making beatboxing particularly useful for speech goals related to articulation, enunciation, and pronunciation.

These initial results suggest that the Beatalk technique may be suitable for promoting verbal communication of adults with ID [Intellectual Disabilities]. This technique involves relatively intense orofacial exercises, is easy to learn and enjoyable to practise. These features, along with the advantages of group music making, seem to enhance the effectiveness of speech therapy.

Of course there’s no doubt about the benefits of music in our lives: A research by the Dominican University of California shows that students with special needs greatly benefit from music education to promote psychomotor skills. According to the Harvard Health Publishing, “listening to and performing music reactivates areas of the brain associated with memory, reasoning, speech, emotion and reward.”

We believe that every child should enjoy music and want to make beatboxing accessible and available to all children. Our vision is to see our BEAT Rockers program offered at every school and institution serving people with disabilities nationwide.